During the session, which is currently in progress, the Senate will deal with the amendment of the RES Act, concerning, among others, energy cooperatives. Adam Dzienis, the director of the award-winning film “Human Energy” distributed in Poland under the patronage of WysokieNapiecie.pl, argues that minor changes in the law could create real opportunities for such initiatives, which bring together tens of thousands of people in individual cooperatives in the West.

The Senate is currently considering an amendment to the Renewable Energy Sources (RES) Act. Among the amendments, there are those that focus primarily on enabling auctions for RES installations to be held later this year, the Ministry of Agriculture has also proposed amendments that allow energy companies and cooperatives to benefit from selling their energy to the grid on the same terms as the prosumers have. This is the direction in which other European countries have been going for some time now.

The new legislation on energy cooperatives makes it easier for them to set up and more and more people are asking how this can be done. In the proposed amendment to the RES Act, however, there are still some restrictions that were introduced into the Act in 2018. This includes limiting to 1,000 the number of persons who may associate in energy cooperatives and the inability to establish them in cities. It is also incomprehensible that in the current amendment of 2019, the limitations of cooperative activity to 3 municipalities, when the area allowed for an energy cluster is maximum 5 municipalities, are introduced in the current amendment of 2019. This may still hinder the development of citizens energy.

According to the research conducted by think-tank CE Delf, by 2050 45 percent of the energy generated in Europe could come from distributed sources.  High prices of installations are still a barrier, and taking a loan, even at a favourable interest rate, pays off with energy bills above PLN 200.

Although, for example, Zamość is home to both rural and urban municipalities, the inhabitants of the city cannot create an energy cooperative for their needs. On the other hand, it is in cities that people do NOT have a “roof” or a field on which they could place their windmills. They would more willingly turn to RES installations and use energy within cooperatives to benefit from cheaper bills. The possibility of reselling surplus energy production to the grid would also encourage such initiatives in housing cooperatives, schools, hospitals and other public institutions. At the same time, it is a good example to follow for the inhabitants of villages and towns.

What can it be done?

If the Government wants to get even closer to the target of 15% of the energy generated from RES by 2020, examples and education are important. Adam Dzienis’ latest documentary, Human Energy, made over a period of 3 years, is an extraordinary story about contemporary hobbits who, terrified by the perspective of life after climate change, decide to take matters into their own hands.

They want to become independent from supranational corporations which, in their opinion, do not allow ordinary people to earn money on energy. They decide to take matters into their own hands and act together.

They implement a circular economy in the energy sector by setting up renewable energy cooperatives.  In the film we can see, among others, the inhabitants of Copenhagen, who together with a municipal company erected 20 windmills at sea, or district cooperatives supplying heat and biogas.

In London, Brixton Energy has already launched the third project to install PV panels on the roofs of houses. In addition, they provide training for young people from poorer families who can acquire new skills and professions. From the stories of several dozen people from 12 European countries (England, Belgium, Croatia, Denmark, Greece, Spain, the Netherlands, France, Germany, Poland, Portugal, Italy) a modern chronicle was created, which bravely breaks the stereotypical approach of finding those responsible for climate change.

The resources of Polish hard coal are running out, it is extracted in increasingly difficult conditions for people and we import it more and more. In 2018, the import of hard coal to Poland amounted to 19.68 million tonnes. Coal was imported mainly from Russia (13.47 million tons). Plans to build a lignite mine provoke numerous protests of the inhabitants due to the degradation of the environment. It is worth preserving the remaining reserves of Polish coal underground and promoting and using as many available solutions as possible to generate energy from available sources such as sun, wind, water or biogas. The amendment increases the installed capacity to 2.5 MW for companies owning small hydroelectric power plants or biogas plants, which can use the FIP support system (feed-in premium) and feed-in tariffs (the so-called FIT – feed-in tariffs).

Many examples in Europe show the great potential of energy cooperatives. During the filming of Human Energy, the creators visited many places, including the Ecopower cooperative in Belgium, which has more than 30,000 members and a majority shareholding of around €250. The cooperative prides itself on not having any loans. In Spain, in 8 years people have established several branches of the Som Energia cooperative, which brings together over 58 thousand people.

In addition to reducing our carbon footprint and CO2 emissions, there is an even greater benefit: people are starting to work together. Human Energy/Human Energy director Adam Dzienis says: “We were once invited to a barbecue organised by one of the cooperatives in the UK. People didn’t talk about RES there. They met to talk about themselves, about life, about little things. And it was pleasant. While making this film I thought that maybe RES was just an excuse. We are lonely in life, overwhelmed by the fact that we have no influence on anything. I think that meeting someone you can trust and still do good business must relax pleasantly.

There are different types of cooperatives. The energy cooperatives introduced into the Polish Act may resemble English ones and “community benefit society”. – a community of neighbors who turn their backs on the electricity and receive 4-5% of the profit from their shares in the cooperative. They can also take advantage of discounts or benefits.  There are also co-operative societies that can produce or sell energy like a company and associate people who, for example, are not consumers of the service, but want to be members and have a profit from the investment.

– In the film, we show that one of these cooperatives in England, Co-operative Energy, is as large as a corporation, but as its leaders say, the seven principles of cooperatives protect the humanism of this venture. This includes membership open to all, democratic system (1 member – 1 vote), the limited interest rate on shares, distribution of surplus in proportion to turnover with the cooperative, religious and political neutrality, conducting, besides economic activity, educational activities,” says Weronika Bloch, co-writer. – The Danish, for example, do not use the word “cooperative” because they associate it too much with the “soviet mindset”, the Soviet state of mind. However, the form of cooperatives/associations is one of the most popular forms of interpersonal relationships – adds Adam Dzienis.

Will the new legislative changes be understandable to citizens, who will be able to benefit from them? The Human Energy film shows in a humorous and accessible way the idea of joint investment in renewable energy sources and what are the additional benefits for the local community.  The film received 5 awards including Best Film at the Colorado International Activism Film Festival, Honorable Mention Humanitarian Award 2018 and Award of Merit at the Accolade Global Film Competition in the USA, Best Liberation/Social Justice/Protest Film Award at the Impact Docs Awards in the USA and Best Cinematography at the Alternative Film Festival in Canada. It has been screened at more than 20 festivals around the world. The film encourages people to take care of themselves and shows how to strengthen and encourage people to act and how to make money together in green business. 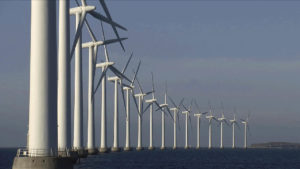 If we are to achieve the goal of min. If we are to achieve the goal of 15% of energy production from RES by 2020, and in the future base the system mostly on renewable energy sources obtained locally, we can create affordable legal provisions that will encourage people to invest also in cities, without imposing restrictive restrictions on the number of members in energy cooperatives.  It is also possible to create aids and incentives for Polish inventors who are already working on new technologies so that they can produce them on a mass scale.

It is up to us whether the number of households, public organisations, cooperatives, and small businesses can produce energy in the future to ensure the flexibility of demand or to store energy in times of oversupply in a democratic manner.

Get all latest content delivered to your email a few times a month.